Construction begins on the Betatron building 1965 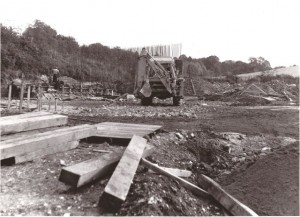 On August 18th 1966 a fire swept through a wing of the hospital during the day. The fire, which started in the kitchen, caused significant damage to the old hospital wards and new outpatients. Despite this, surgeons continued with an operation only 15 yards away! 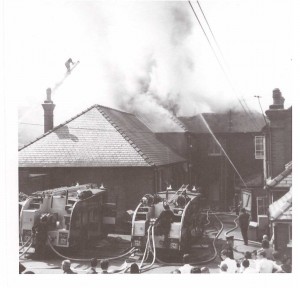 “Patients in wards nearby watched from windows as hospital staff and passers-by formed a human chain to save records, nurses uniforms and other stores.  Then they served the firemen ice-cream and lemonade as they worked in the sweltering heat.” 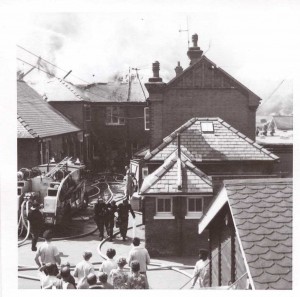 “I stood there in despair as the hose pipe went through the plate glass window of the brand new outpatients building, to get to the fire.” Remembers one witness

Do you remember the hospital kitchen fire? If so, we’d love to hear your story!